Do This One Thing to Build an Informal Community On Instagram 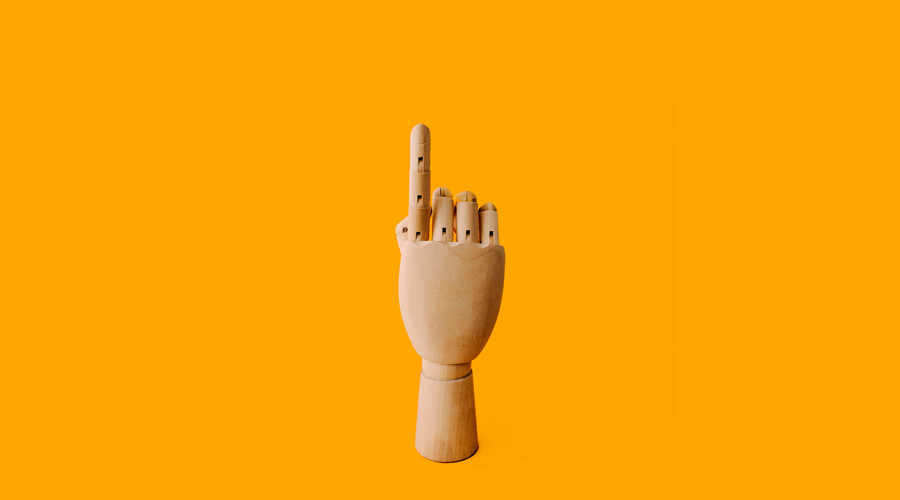 One goal that you may have for your brand is to build a tight-knit community. According to Tara Gentile, there are two different types of communities (and you can build both): an informal community and a formal community.

A formal community is one that you host on something like Facebook in Facebook Groups, BuddyPress, or Slack. In formal communities, the boundaries are clearly defined–as in, your members know clearly if they’re in the group or not. You get to control your group and the rules, and there are usually rules or steps in order to get into a group. For example, to enter some Facebook groups you may have to apply, send an email, or even pay.

What is an informal community? 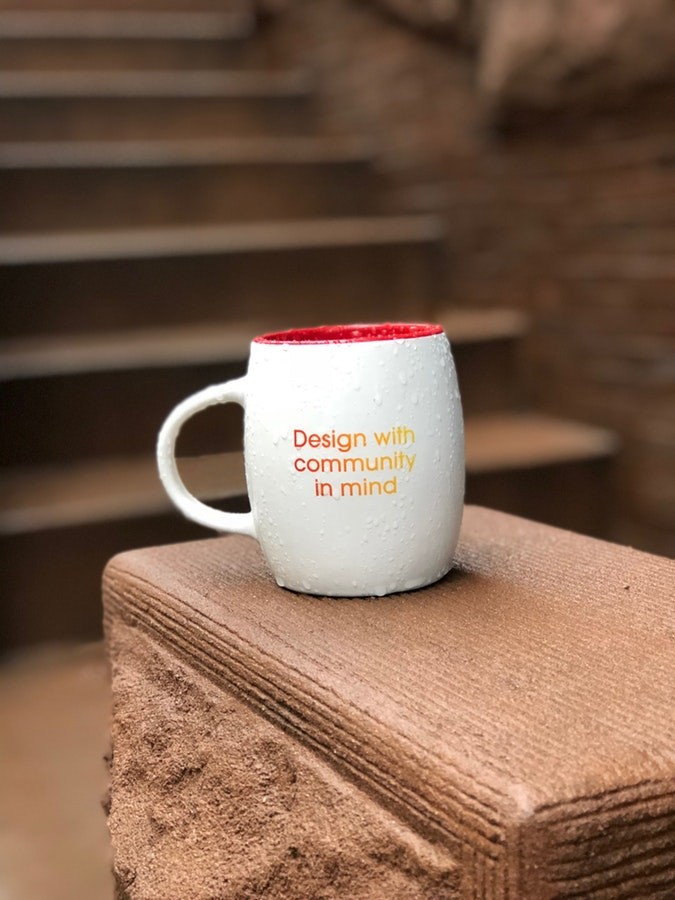 An informal community doesn’t have clear boundaries, as in, it’s not clear whether you’re in or out, and your “member” can “opt in and out” as they please. Gentile says that informal communities are “bound by strengths of identity of interest.” What she’s saying is that people who like the same thing find a way to connect in a form that doesn’t include getting together to form a group.

The biggest difference between a formal and informal community is that formal communities are member-driven. While you may be the admin and founder of the group, the members are driving it. They’re the ones that ask and answer the questions, and while they love you, they’re there for others like them. The admin is there to control the group and make sure that rules aren’t broken (and of course, to help) but the members are the reason that group continues to grow.

Why you need an informal community

An informal community, though not an obvious community, is useful because you it does allow your followers to feel included. It’s a “space” where people can see what others are posting in the topic that they’re interested in. It allows them to like, comment, and initiate conversations with people who have something in common with them. That’s the point of social media: to connect, to build friendships.

If somebody were to follow the hashtag #HarryPotter, they’re now a part of the informal community that posts pictures, behind-the-scenes, and scenes of the movies or lines from the books. While someone may not know who anybody who is posting is, they’re joint together by the love of one specific thing, thus forming an informal community.

While you wouldn’t have people following a vague hashtag like #fitness if you’re in the health and wellness industry because you don’t own that hashtag, you could invent one. This is known as a branded hashtag. For example, Reese’s came up with the branded hashtag #reesesoutrageous, and in that hashtag there were over 800 posts. 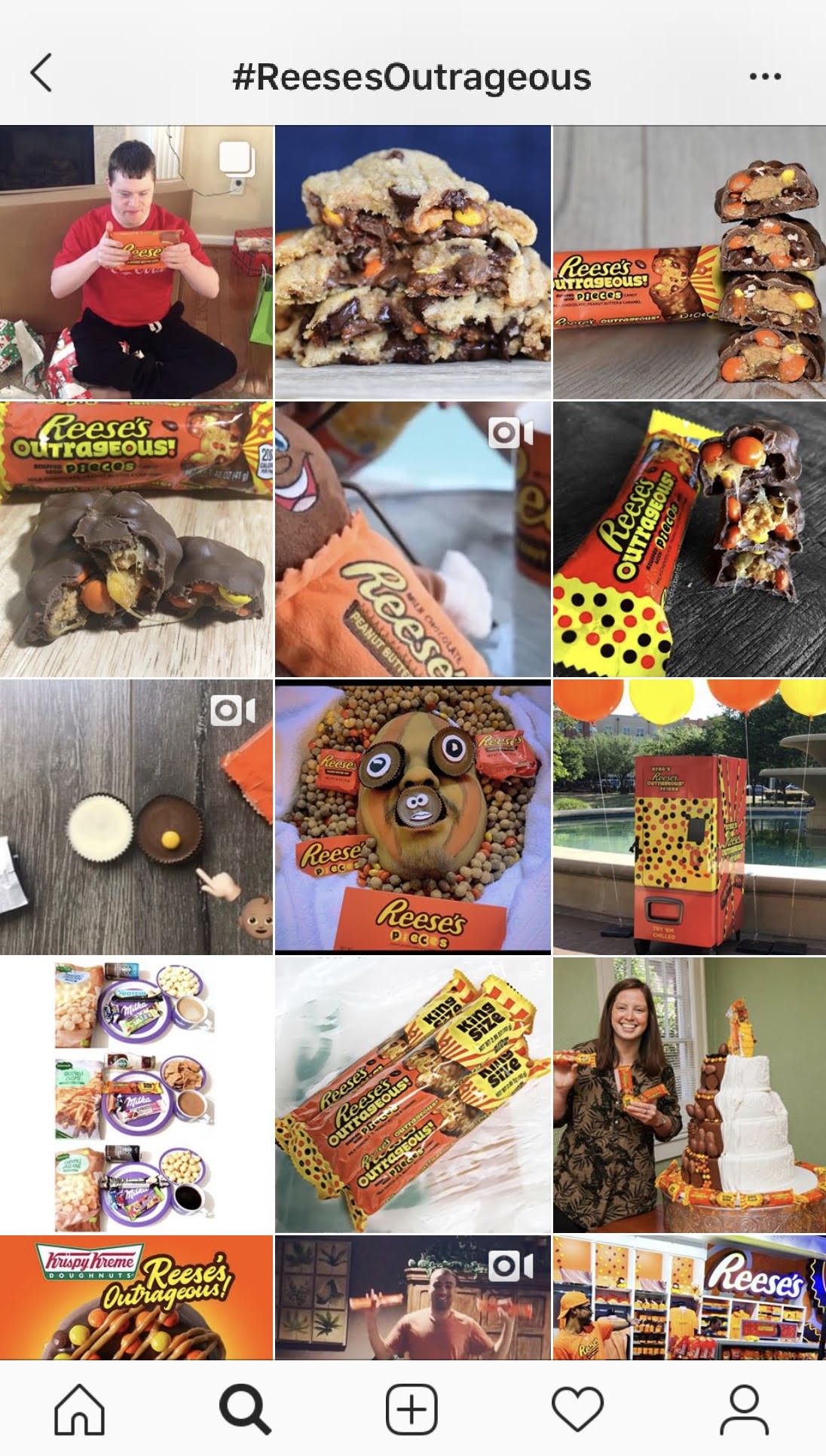 People saw the hashtag, and used it with their own posts, along with many others. Now, they have an informal community (one of many). You can do this, too.

You can create a hashtag that relates to a challenge you invented or your next product, and encourage people to use it. For example, let’s say that your next course was about selling t-shirts, and it was called Epic T-Shirt: How to Design T-Shirts That Will Sell.

What you would do is post a picture saying something like, “If you bought Epic T-Shirts: How to Design T-Shirts That Will Sell, use the hashtag #IMakeEpicTShirts to share some of the designs you came up with because of this course!”

Right away, the people who have already finished your course and designed something, will go to their computers and snap a picture of the design they stayed up late to finish last night. They’ll share it on Instagram, and if there are others who bought your course, they’ll like and comment on their post. And just like that, you have an informal community.

You could also create a hashtag around a challenge, and you can post another picture, but you can also utilize your Instagram Stories option. You can create a challenge or if you’re doing one that you think your followers will enjoy, you can invite them to join. For example, you can come up with a challenge that revolves around happiness if you’re in the personal development industry.

In your story, you would record a video and you’d say, “I’m doing a new challenge called the #FindTheJoyChallenge, and I’m challenging you, and myself, to post a picture or a video every night of one thing that made you happy that day every day for the next thirty days. Remember that whether you’re posting pictures or uploading to your story to use the hashtag #FindTheJoyChallenge!”

On your next story, you would post a picture of the thing that made you happy that day (say, a fictional book) and then include the hashtag in the story. Once again, just by inventing a challenge and hashtag, you have built an informal community.

Your job is to remind people constantly about the hashtag. For example, if that t-shirt course was something that you launched twice a year, you could bring it up again and new people would post continuing the informal community. People would go “in and out,” visiting the hashtag every now and then, and they’d post again in the next week. It’s nothing set, but it’s a community nonetheless.